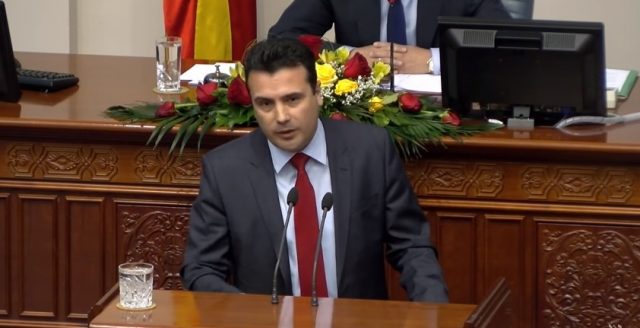 Zaev submitted his resignation as Prime Minister to Parliament Speaker TalatXhaferi in Wednesday.

In the submitted resignation, Zaev stated that he took this decision as a logical step that arises from the outcome of the local elections and as an expression of the responsibility taken for the election results.

With the verification of the resignation, the constitutional deadlines for the election of a new Government are running. The Constitution and the Rules of Procedure of the Parliament regulate the procedure in case of resignation of the Prime Minister.

Following the resignation, the parliamentary majority is expected to nominate the new leader of SDSM and current Deputy Minister of Finance DimitarKovachevski. After receiving the term, Kovachevski in the first half of next month should submit to the Parliament the program and the proposal for the composition of the new government office, which would be followed by the election of his government at a parliamentary session.