Home Macedonia Results of the expertise for the bus accident in Bulgaria could be... 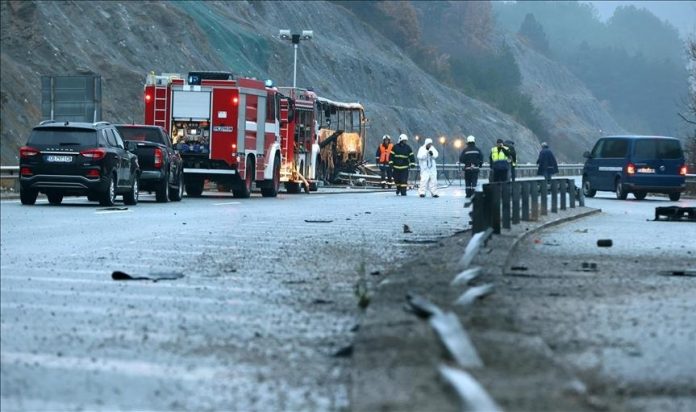 One month has passed since the bus accident in Bulgaria, and the Bulgarian investigation services announced that the results of the forensic examinations – forensic, technical and fire-technical – could be ready by December 25.

According to the head of the Bulgarian National Investigation Service Borislav Sarafov, the data showed that the speed of the bus was probably inadequate to the road conditions, and on the night of the incident it was raining and the road was wet.

“The speed of the bus was quite inappropriate with the road conditions. I think he drove over 90 kilometers per hour. The demands of a professional bus driver are higher than for any other driver, ” Sarafov said.

He also stressed that there is no cause-and-effect relationship between the accident, road signs and signs, explaining that they may have contributed to it, but the driver had to be more careful and drive at the appropriate speed. However, Sarafov pointed out that road signs “obviously do not meet the requirements”.