Home Macedonia Kovachevski: History must not be the only topic of discussion with Bulgaria 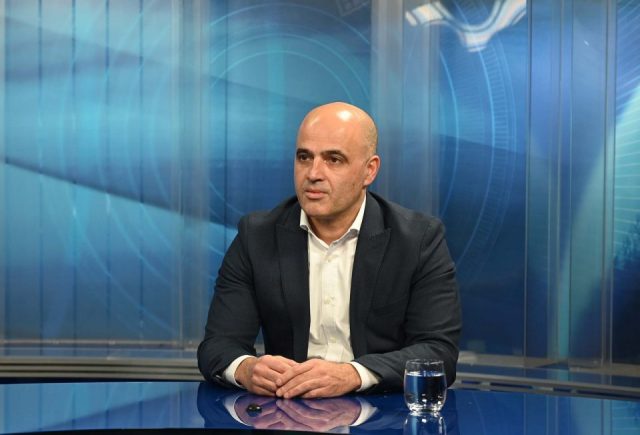 Asked about the dispute with Bulgaria, SDSM leader DimitarKovachevski said that history must not be the only topic of discussion between two neighboring countries.

“We also need to talk with Bulgaria about the future, a future translated into investment projects, infrastructure projects, economic and cultural cooperation. It will bring the citizens closer and will bring economic benefits for the citizens, through the increased economic cooperation. So it is normal to talk about those topics, it is normal to have expert working groups on those topics,” said Kovachevski in an interview with Sitel TV.

“The talks should be conducted in the spirit of European values. We as a country have our own positions built in the Parliament, Bulgaria has also built its own positions within European values, respecting the dignity of both countries, I believe that a solution can be found and we can start the first intergovernmental conference,” Kovachevski said, adding that he expects Bulgarian Prime Minister KirilPetkov in Skopje to discuss finding a way to resolve the issue.