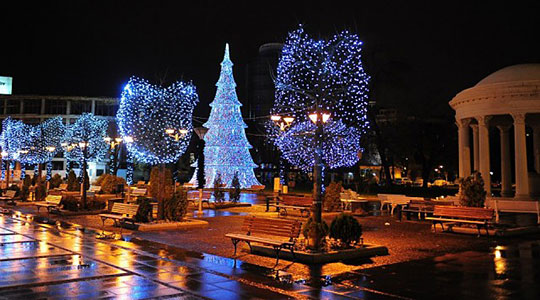 This is one of the most peaceful New Year’s celebrations, without crimes and without disturbing the public order and peace, the citizens celebrated responsibly, said Minister of Interior Oliver Spasovski, assessing the New Year’s Eve in terms of security. Spasovski on Saturday visited the police station in Prilep which is the last of the 70 renovated stations.

“This New Year’s Eve is one of the most peaceful, without disturbing public order and peace, without crimes, without major traffic accidents. The same happened in the area of ​​SIA Bitola. It also passed in Prilep as one of the most peaceful celebrations of the New Year, as it is at the state level. We have a disturbance of public order and peace in Skopje, we have a traffic accident, which, fortunately, did not have a fatal outcome, so we do not have traffic accidents with severe physical injuries. I would like to thank all citizens who celebrated responsibly, as we addressed the call, which helped us all to make New Year’s Eve go peacefully and safely, as we all wish, as befits a democratic country,” said Spasovski.