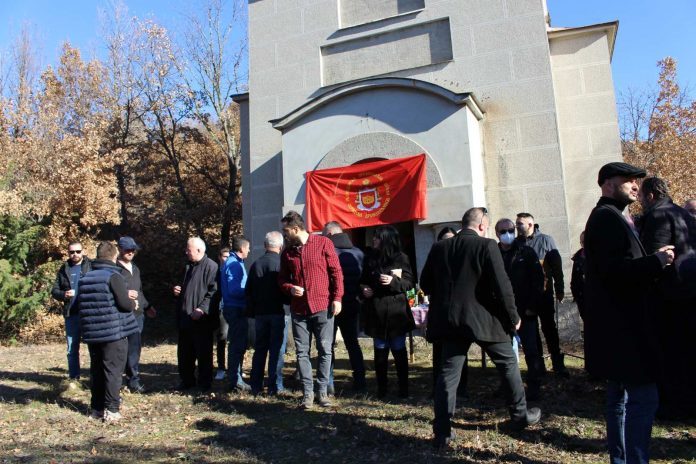 The Christmas Eve massacre is one of the most tragic events, not only in the history of the Poreche region, but also in the Macedonian history in general. This bloody act took place on January 6, 1916 in the locality “Dervishka niva” (near the Barbaras pass between Prilep and Makedonski Brod) by members of the then Bulgarian occupation army under the leadership of the Bulgarian captain K. Panov.

This heinous act of the then Bulgarian government in this region, in addition to aiming to discipline Poreche, also intended to behead Poreche spiritually and intellectually, because most of the people killed were village teachers, priests and prominent figures from all Poreche villages. The bodies of the killed (more than 140) were thrown in an excavation in the locality “Dervishka niva”, and later by relatives transferred to the Kosturnica near the monastery “Nativity of the Holy Mother of God” in the village Gorni Manastirec.