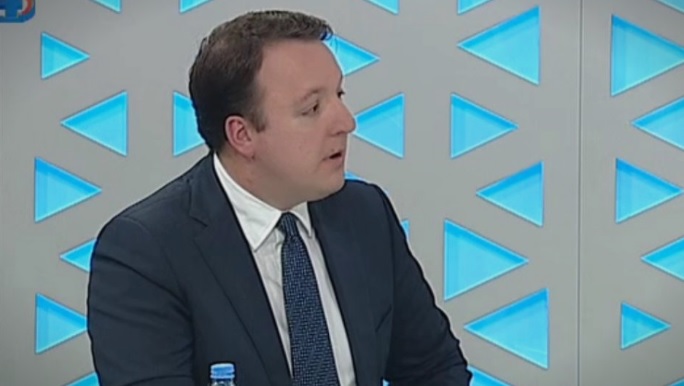 Tuesday’s press conference is dedicated to the new proposal for the Government and I would like to emphasize three basic characteristics that we can see and the first is that it is a government of discredited politicians who will destroy Macedonia economically and criminally, said VMRO-DPMNE Vice President AleksandarNikoloski.

“Secondly, it is a government of continuity, and no new government. And third, a government dominated by ZoranZaev, Oliver Spasovski and the political party DUI. From what could be heard as a government proposal, the strong impression is that this is a government of the same people, with the same values ​​that brought defeats to the country, made it the most corrupt in Europe, with huge poverty, low wages, high product prices, and with an already very certain energy and economic crisis. This is a government proposal submitted by DraganKovachevski and signed by ZoranZaev. In the composition itself can be seen the conflict between the various groups that exist in SDSM, so it comes down to clearing clan battles on the one hand, on the other hand a complete continuity of DUI cadres, who dominate in this government and the planted Alternative and the inevitable “salary all plomo” KastriotRexhepi. The composition of this government, which except Zaev who appointed him, is clearly under the strong domination of Oliver Spasovski who has his own staff in it, ” saidNikoloski on Tuesday.