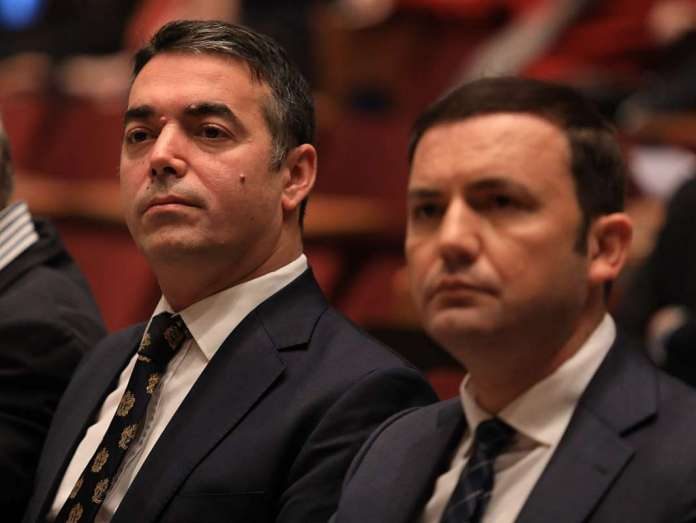 Deputy Prime Minister for European Affairs Nikola Dimitrov said he was an obstacle to a bad solution with Bulgaria, and pointed out that he did not trust Foreign Minister Bujar Osmani. According to Dimitrov, Minister Osmani wanted success at any cost to resolve the issue with Bulgaria. Dimitrov added: “The issue is more important than the Government, this, the next, than everyone.”

“I do not have full trust in the Foreign Minister on the issue of Bulgaria. That comes from my experience with our internal coordination meetings and the meetings in Brussels. I have a sense that he is driven by the need to achieve success at any cost, which is dangerous and not productive. I may be wrong and I hope I am wrong,” Dimitrov said.

Dimitrov pointed out that the Macedonian language is an intimate matter and is ours, and the state is independent, therefore, it is a right and duty to preserve dignity. He said he had turned down an offer to be ambassador to Washington, adding: “It would not only take me away from home, it would take my word for it.” He added: “There are reasons and the need for special vigilance on this issue.”