Home Macedonia VMRO-DPMNE: Dimitrov should not play the victim, he’s the one who tangled... 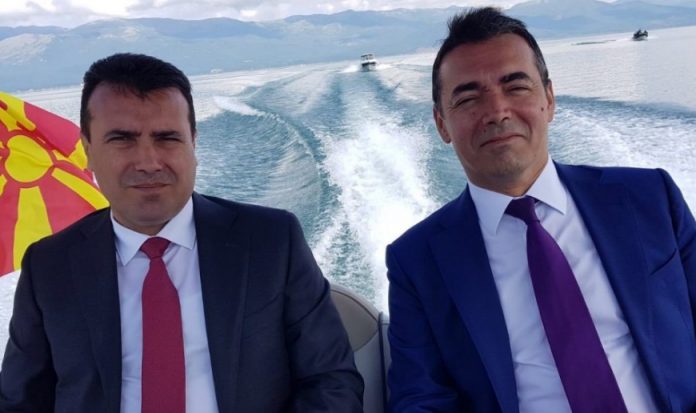 We understand that for the careerist Nikola Dimitrov the change from the ministerial position is his most unfortunate day and that is why at least he should not play a general after the war and that he was allegedly a victim of evil Bulgaria, but he is a victim of his incompetence and selling and playing with state interests, said VMRO-DPMNE after today’s statement by Deputy Prime Minister Nikola Dimitrov that he does not trust Minister Bujar Osmani for the way he handles the negotiations with neighboring Bulgaria.

“Instead of Europe of Macedonia, SDSM, Zaev and Dimitrov took the country to a dead end in terms of European integration. Dimitrov is a careerist who has entangled and complicated relations with all our neighbors and polarized society. Careerist Dimitrov’s concern for national and state interests is overdue, as he was the first to sell them when SDSM was in a rush and in power, and completely ignored the warnings of VMRO-DPMNE. Now, in addition to being false and personally motivated, his concern is also overdue,” claims VMRO-DPMNE.