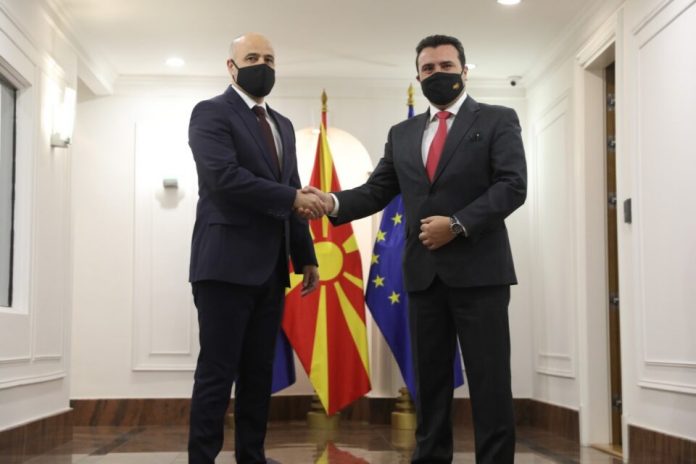 Dimitar Kovachevski’s government is a continuation of the corrupt government led by Zoran Zaev that the citizens punished in the elections, a government that brought economic devastation, continuous situation of daily increase, job loss and economic sinking, said VMRO-DPMNE Vice President and MP Aleksandar Nikoloski at the parliamentary session to discuss the election of a new government after Zaev resigned from the post of Prime Minister after the defeat in the local elections in October.

Nikoloski added that with both the previous government and the government offered, corruption is booming and it brings national humiliation.

“In the recent elections, it was clearly stated by Zaev that they are ‘all in’ and elections that decide on his legitimacy, his government and party and the people severely punished him. We are here today because every policy of Zoran Zaev has been defeated, we are here because the people have fiercely defeated the national humiliation, fiercely defeated corruption, incompetence and economic failures. That is why Zoran Zoran is leaving, but he did not have the courage to bring his party to face the people for the general concept that the country should follow. There is almost no example of such an artificial escape from the people,” said Nikoloski.