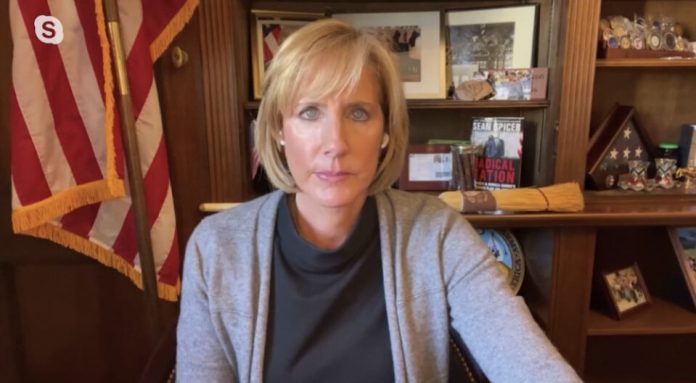 The United States representatives that asked Bulgaria to remove the veto from the Macedonian European integration,were left without a response, and the Bulgarian ambassador to the USATihomirStojchev kept silent for two months after the message was sent by the congressmen from the Foreign Affairs Committee of the US House of Representatives.

Congresswoman Claudia Tenney told VOA that the Bulgarian ambassador ignored the letter and showed disrespect for the US Congress.

“We have not received a direct response from the ambassador, but we have heard that Bulgaria will not respect him. It will continue to block North Macedonia and Albania in their attempts to start accession negotiations with the EU. We will continue to make efforts for her to step down and allow that to happen. We want to see normalization in the region,” said United States Representative Claudia Tenney.

Tenney says she is concerned about the fact that Bulgaria is trying to interfere in Macedonia’s right to self-determination and the possibility of the country becoming an EU member. The congresswoman does not rule out the possibility of imposing sanctions on Bulgaria in the future if official Sofia continues the blockade.

“I’m not sure the sanctions are appropriate for now, but they can be. This is something that can be very effective, especially if they continue to block, project negativity and create obstacles for North Macedonia and Albania to have a deserved accession to the EU. We can potentially look at it as a way to prevent them from continuing their obstruction,” said Tenney.

The co-chair of the commission for historical issues, the Bulgarian historian and ex-ambassador to the country Angel Dimitrov on Saturday in an analysis for BGNES, reminded that Bulgaria was the first to recognize Macedonia on this day. Dimitrov says that since the autumn of 2019, anti-Bulgarian propaganda has been carried out in Macedonia, which, according to him, is reminiscent of the early 1990s.