Home Macedonia Miteva: Will the Government negotiate the history with Bulgaria away from the... 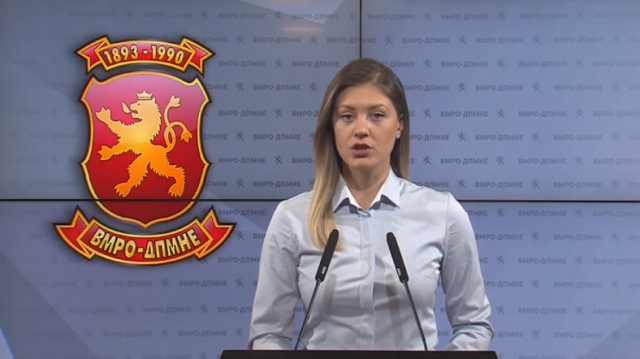 In 2020 and 2021 we continuously talked that this treaty will be followed by an Annex or a new treaty, where I see the first signs that it will happen is the statement of Deputy Prime Minister Bojan Marichikj in which he says that the history commission will be discussed in what form and content the same will continue. And for the same to happen in accordance with the Good Neighborliness Treaty, a change, annex or a new agreement must be made, said VMRO-DPMNE spokesperson Marija Miteva at today’s forum entitled “Protection of national and state interests, instead of market diplomacy.”

Miteva stressed that the first intergovernmental conference between Macedonia and Bulgaria is expected on Tuesday, asking if historical issues can be expected to be discussed away from the public eye, given the fact that one of the members of the delegation is the head of the Macedonian History Commission.

“On Tuesday we expect the first intergovernmental conference between Macedonia and Bulgaria and I am not surprised by the fact that as a member of the delegation will be the head of the Macedonian Commission for History, while the public focus is now continuously on those four points – education, infrastructure, culture and the economy,” Miteva said.