Home Macedonia Mitreski: Consensus is needed to abolish the caretaker government, there will be... 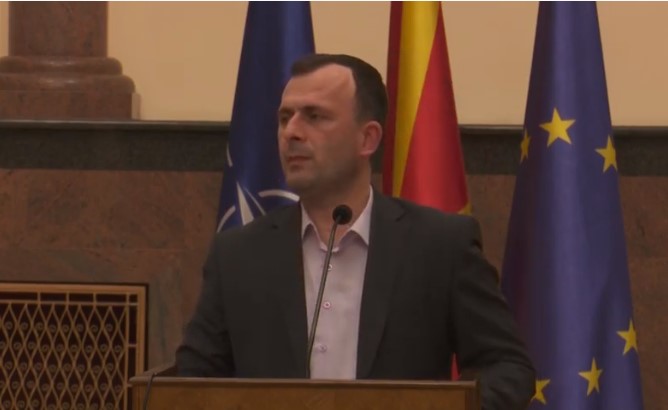 First the caretaker Government was formed after the Przhino Agreement to hold fair and democratic elections in 2016 and according to that agreement that a caretaker Government or the Przhino Government was to be active only for the 2016 elections. After the loss of power, VMRO-DPMNE was against the abolition of the so-called Przhino Government and I must conclude that first it is good that VMRO-DPMNE after such a period recognizes that our country has institutions that can conduct fair and democratic elections and unlike 2016 when our country was categorized as a captive state today is a country that can conduct such elections recognized by all, fair, democratic and free credible elections, said SDSM MP Jovan Mitreski on Monday.

According to Mitreski, regarding the proposal of VMRO-DPMNE for the amendments to the Electoral Code, as a question and as a thesis in SDSM, two things were disputed.

“The first thing, although the answer to the question that the caretaker government is not conditioned by holding early parliamentary elections, is clear at the start and to all the statements that the conditioning is with early parliamentary elections. That’s why I want to argue two things about this proposal of theirs. The first is the way this proposal was submitted, which means that according to the agreement in Przhino it means that the amendments to the Law on Government should be a consensus between the four largest political parties in the Parliament and not in this way with one-sided will of one party,” said Mitreski.

Secondly, added the MP from the ruling party, was the timing of submitting this draft-law.

“We all know that there will be no early parliamentary elections, there are regular elections in 2024 and in fact there is time for the four largest political parties to discuss and reach a consensus on a caretaker government. Obviously, the lack of ideas of VMRO-DPMNE in this period, in this difficult period when the country is facing both energy crisis and the crisis caused by the pandemic, with the struggle to preserve the living standards of citizens has nothing to offer but to make a political theater for the public”, added Mitreski.