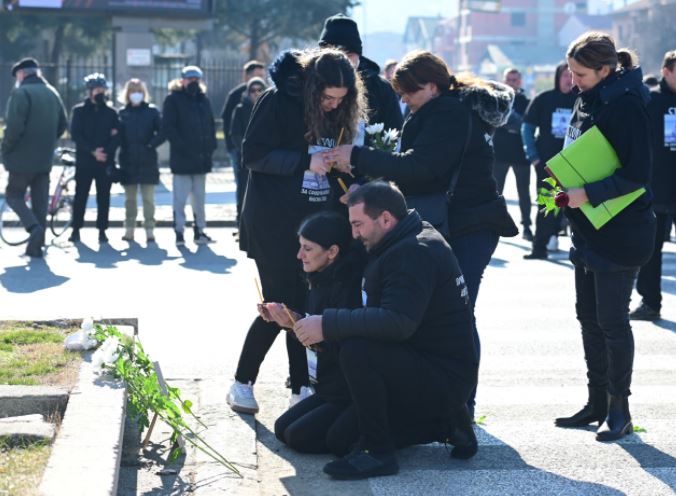 A peaceful protest under the motto “Stop traffic violence” was held on Sunday at the intersection near City Mall at the place where ten days ago 24-year-old Viktorija Nikolova from Radovish lost her life after being run over by a speeding vehicle.

About 200 people took part in the protest, including the family of the killed girl, and flowers and candles were laid at the scene.