Home Macedonia Gjorgiev: We are not running away from the common history, but there... 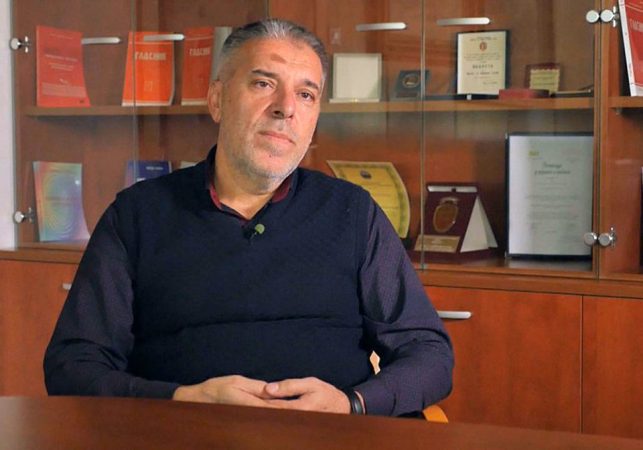 There is no change in the rhetoric and approach of the Bulgarian side and as long as that is the case, we cannot expect progress in the work of the joint commission, said Dragi Gjorgiev, Macedonian co-chair of the Joint Commission on Historical and Educational Issues, when asked to comment on Bulgarian co-chair Angel Dimitrov said there was no progress in the commission “due to the reluctance of colleagues to accept that we have a common history that began in the Middle Ages”.

How close the views will be allowed depends on both sides, but with such statements the other side determines in advance in which direction the meetings will go. There is no change in the rhetoric and approach of the Bulgarian side and as long as that is the case, we do not expect any movement. When one side accuses the other of not wanting to accept the absolute truth of the first party, no progress can be expected in the process. The Bulgarian side insists on a common history, established in the Middle Ages. We are not running away from the common history, but it should not be understood in the way that the Bulgarian side understands it – that the history from the Middle Ages to 1945 is common. If so, then it is not a common history at all, but a history of the same people. Such an approach is not scientific, it is not historical, it is just a political interpretation. Constant rhetoric actually undermines the outcome of the meetings,” Gjorgiev told Sloboden Pechat.