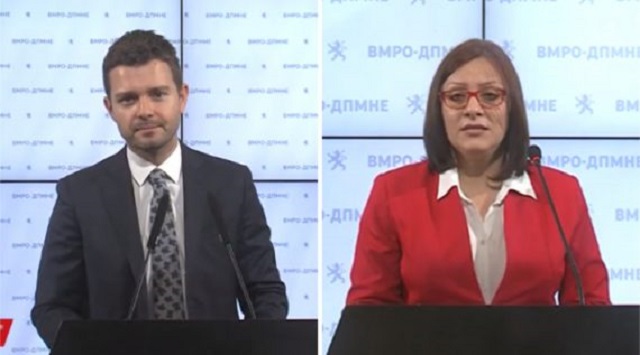 TimchoMucunski and GordanaDimitrievska- Kochovska were elected as two additional Vice Presidents of the VMRO-DPMNE party. Mucunski is a law professor who was recently elected Mayor of Aerodrom. GordanaDomitrievska-Kochovska has a Master’s degree in economics from the University of Skopje.

The current Vice Presidents of VMRO-DPMNE are VladoMisajlovski and AleksandarNikoloski. Fighters against this unjust government and I think this is a good team that covers many areas, relatively young people with rich experience behind.

A new member of the Executive Committee is the analyst and longtime civil activist SashoKlekovski. His experience is twenty years of work in managerial positions in the civil sector. He is the first executive director of the Macedonian Center for International Cooperation.