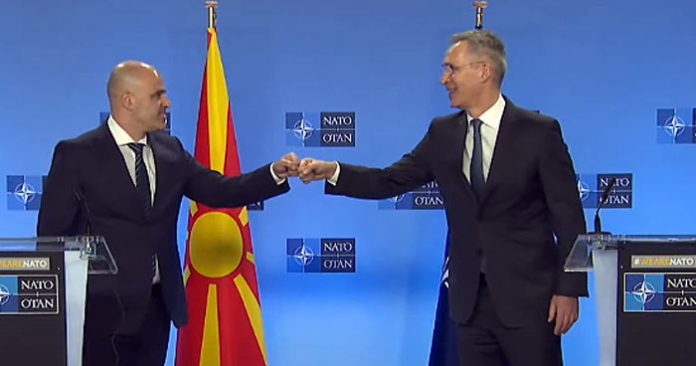 NATO Secretary General Jens Stoltenberg, after meeting with Prime Minister Dimitar Kovachevski Thursday morning, said that they discussed the situation in and around Ukraine and that we, as a member state, should prepare for any scenarios around the crisis, even the worst case scenario.

“There is a significant movement of Russian military forces towards Belarus. This is the largest deployment of forces seen since the Cold War, with the expectation that 35,000 combat troops, special forces, fighter jets and missile systems will be deployed, demonstrating the country’s modern capabilities. This will be combined with the annual nuclear exercises of Russia that are expected at the moment,” he said.

Prime Minister Kovahcevski said that being part of NATO means security, prosperity and security for Macedonia and that this strategic achievement is proof of our sovereign and free choice and guarantee of our security in the Western Balkans.