Home Macedonia SSM protest for a minimum wage of MKD 18,000 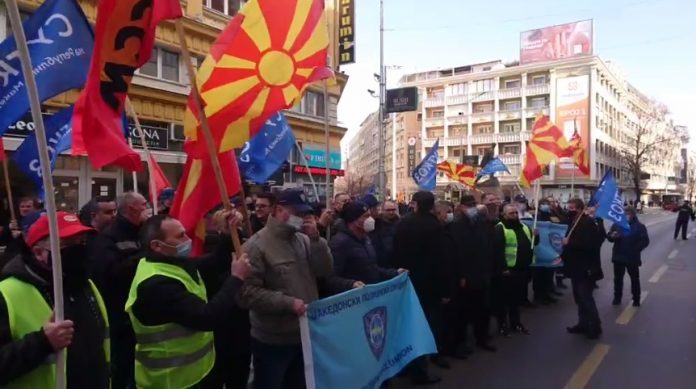 The Federation of Trade Unions (SSM) protested by blocking the street in front of the headquarters of the Organization of Employers in the center of Skopje as a sign of dissatisfaction with their proposal for the methodology of the minimum wage.

The proposal of the employers for a minimum wage of 16,164 denars is unacceptable for the unions and they demand the minimum wage to be 18,000 denars.

SSM president DarkoDimovski previously announced that the unions are ready to announce the names of the MPs who will not vote for the amendments to the Law on Minimum Wage.