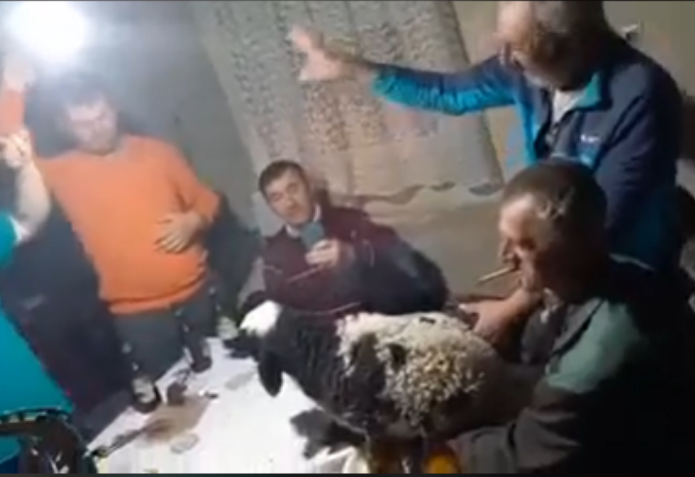 Minister of Agriculture Ljupcho Nikolovski, announced on Facebook that an inspector from the Food and Veterinary Agency that was being cruel to a live animal in a video posted on social media will be sanctioned.

The Animal Protection Association “Anima Mundi” posted a video on Facebook claiming that an Inspector for protection of animal welfare in Berovo was recorded. He is part of a larger group of people filmed in a house where a live lamb tied to its legs is brought to table with several people entertained by live music.