Home Macedonia The punishment for “negative opinion” is clearer when one sees who proposed... 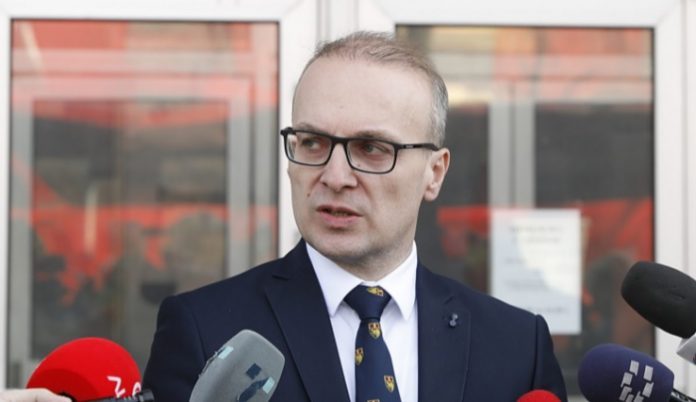 The public was unpleasantly surprised that the government proposed a law on defamation and insult where any citizen/journalist who expressed a “negative opinion” would be sanctioned.

According to VMRO-DPMNE MP Antonio Miloshoski, to make the absurd even greater, the proposal for punishment for “negative opinion” in the Parliament came with the abuse of the European regulations, in order to pass an urgent procedure and without public debate.

But, says Miloshoski, things become clearer if one sees who led the group for so-called reforms in the Ministry of Justice.

“The person who led it was academician Kambovski, or the “chief party prosecutor” who, in unanimity, persecuted Professor Gjorge Marjanovikj, who dared to propose the abolition of the verbal offense. What Kambovski failed to do in his one-mindedness, he now found an opportunity to pass as a “negative opinion” with a European flag with the current government. This is a bad start for the new Minister of Justice, who inherited both the bill and the academician. However, if Minister Tupanchevski wants to assure the public that he does not agree with the proposed “verbal tort”, it is not enough just to say that it is a mistake in the text, but also to change the author of the text and remove Kambovski from the forefront position of the Working Group on Law Reform in the Ministry of Labor. Thus, not only will he save on the paid fees for Kambovski, but he will also be spared from similar embarrassments in the future,” said Miloshoski.