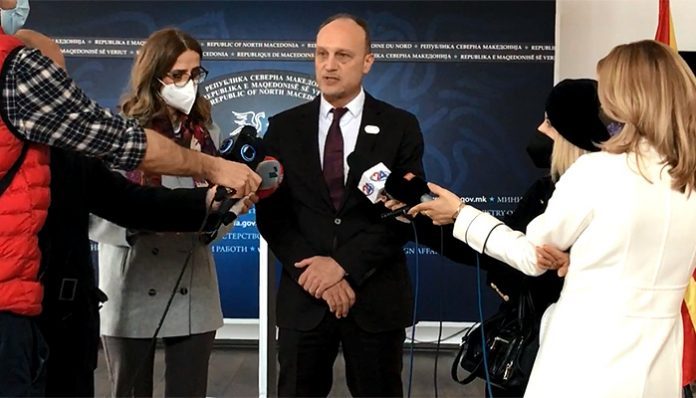 France’s position is clear and not new. The same position is shared by all European institutions, and that is – unreserved support for the opening of pre-accession negotiations as soon as possible for both Macedonia and Albania, said the French Ambassador to Skopje Cyril Bomgartner on Tuesday.

According to him, if real progress is made in the bilateral talks between Skopje and Sofia, which he said he encourages, the end of which would mean the opening of pre-accession negotiations, France is not only ready and willing to do so during its presidency, but it will also be a real honor.

Regarding whether he thinks that the new approach in the dialogue between Skopje and Sofia gives the desired results, he says that it is a work in progress, which is being negotiated between the two countries, but that he encourages the talks to move forward.

“What is clear is that there really is a new approach to the negotiations that was desired by both sides, there is a dialogue at the highest level and that dialogue is intense. At this moment, there is really a bilateral work that is being negotiated on specific topics. It is very important for us, France, which holds the presidency of the Council of the EU, to be regularly and constantly informed on all issues. And that is exactly what is happening. There is an ongoing dialogue between the two capitals, constant information, especially through high-level mutual visits. There is perfect coordination between us Europeans and the European institutions,” Bomgartner said.