Home Macedonia There must be reciprocity for the inclusion of Bulgarians in the Constitution,... 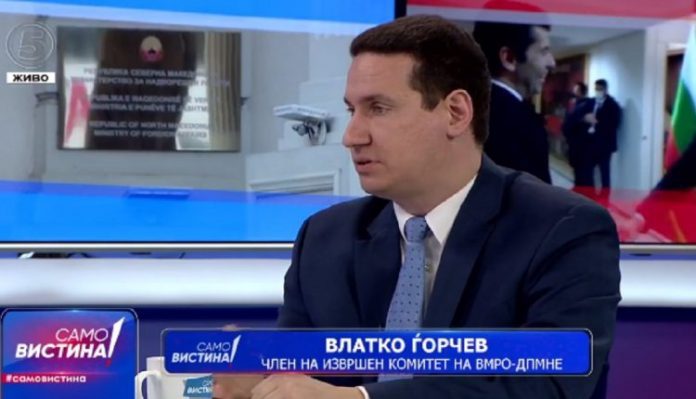 VMRO-DPMNE EC member Vladimir Gjorchev said that the current government led by SDSM and Prime Minister DimitarKovachevski, expresses its frustrations to VMRO-DPMNE for all the defeats it receives inside and outside the country.

“The problem is that this government is like everything it gets inside the country and in the regional Balkan politics as defeats and own goals, it expresses all those frustrations to VMRO-DPMNE and the people who have Macedonian positions, the people who should to be allies in defense of Macedonian positions, that is the problem, ” Gjorchev said.

“During VMRO-DPMNE’s rule, we had a veto only from Greece, then next year there were remarks about corruption in Macedonia from France, lack of reforms from countries such as Belgium, Denmark and many other European countries, now we came up with this policy, and then the veto from Bulgaria,” Gjorchev said.

Regarding the opening of the Constitution for the registration of Bulgarians as a Bulgarian common, Gjorchev said that the Constitution is not written, deleted notebook to be changed every year, emphasizing that if such a thing is required then there must be reciprocity.