Home Macedonia Bochvarski: We are ready for a debate on the Law on Illegal... 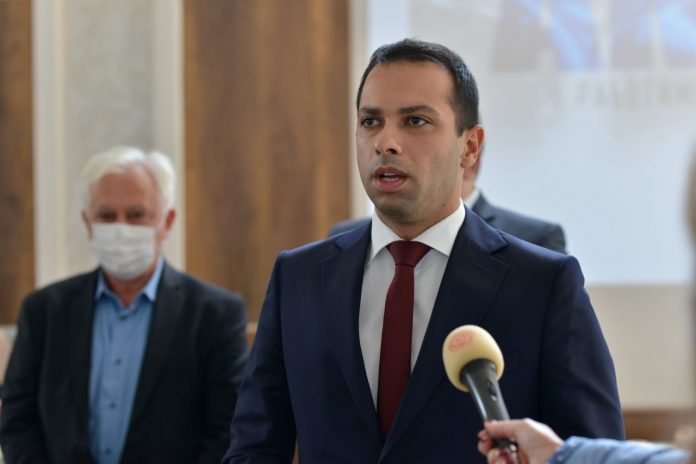 Macedonian Minister of Transport and Communications Blagoj Bochvarski stated Monday that he was ready for a debate on the law for determining the legal status of illegally constructed buildings everywhere and at every level, and above all, with the MPs.

When asked by a journalist about the initiative of the MP Maja Moracanin for an oversight hearing on the law on illegal constructions, Bochvarski said that the law is necessary for the citizens. According to the minister, if the MPs are ready to vote, that will be fine, but if they refuse to discuss and vote, then the state will withdraw it.

“As for the Law on Illegally Constructed Buildings, we are ready for a debate everywhere and at every level with the MPs, primarily because I think that this law is necessary for the citizens of our country who need a roof over their heads for the social aspect in the country and therefore we are ready to discuss both in the Parliament and outside the Parliament. If the state is ready, if the MPs are ready to pass such a law in the majority, that would be fine, but if the MPs refuse to discuss and refuse to pass such a law, then the state will withdraw that law and therefore we are ready, we discuss it as we have already. It is important for citizens to know that we care about their problems. We don’t sweep their problems under the rug, yet we openly discuss them, and so we will continue to do in the future,” said Bochvarski.