Home Macedonia Identity is one of the most important features of a person, without... 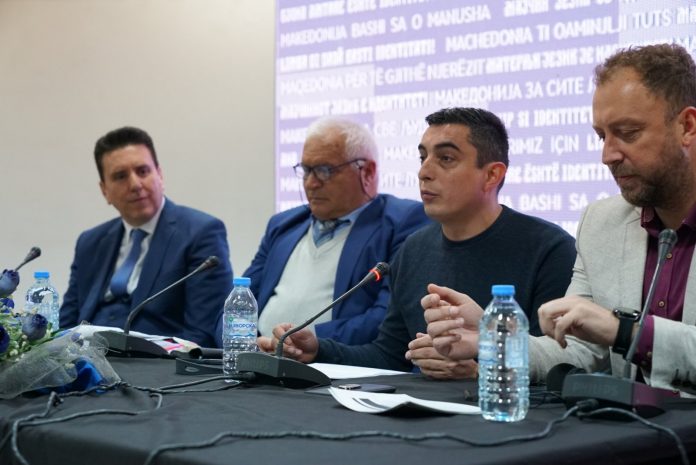 At Monday’s debate due to the Day of Mother Language organized by VMRO-DPMNE, Professor Dr. Mihajlo Markovikj from the Department of Macedonian Language at the Faculty of Philology in Tetovo also addressed the audience. He added that the language not only serves for communication, but also for transmitting various traditions and ethno-cultural elements to future generations.

“Through language, we essentially preserve our tradition and our identity. The topic of my speech is language as the identity of the individual and the collective above all. The foundations of our literacy are laid by the Holy Cyril and Methodius. From here, every person, especially a Macedonian should be well acquainted with the history of our language, what today someone is trying to erase. Because, in essence, it is best written, best created, best loved in one’s mother tongue, unlike what linguistics as a science studies in the older period, modern linguistics deals with language in a different way. That is, it functions as a living organism and consists as a network of relations between the signs, i.e. the linguistic units that we have. Since the topic is identity, we can say that identity originates from the Latin word ‘identiteti’ and is used to derive a set of characteristics and elements that initially define and differentiate a group of individuals from other human groupings. Cultural identity is characterized by the fact that it is strongly influenced by the environment, by all of us who are here initially and in the society where the individual works, because of which one must know its historical and cultural development. The most important segment in this element is the language itself,” said Professor Markovikj.