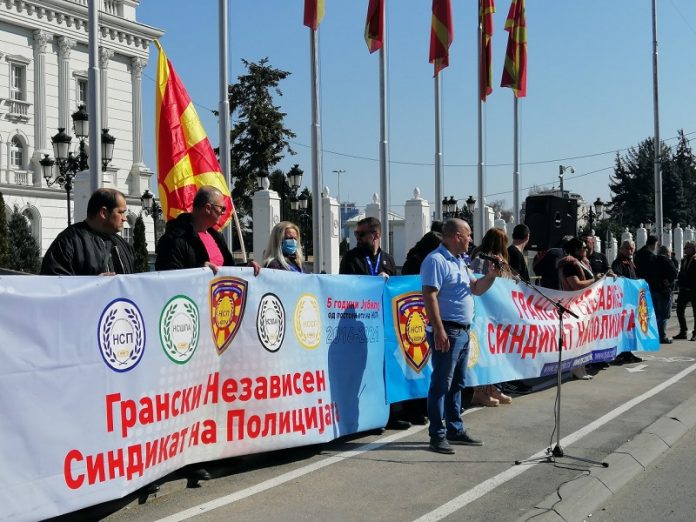 The trade unions of the police and the Army on Saturday, in a protest in front of the Government, demanded an immediate harmonization of the salaries with the minimum for the workers in the Ministries of Interior and Defense. They also demanded the deployment of members of the military through the institutions after they turn 45, as provided by the Law on Service in the ARM.

They announced that if their demands are not met, they will set up tents in front of the Government in two weeks.

The President of the Independent Police Union Goce Delchev said that with this protest they convey that this situation is already unbearable in the police and expect a quick response from both the Prime Minister and Deputy Prime Minister Fatmir Bytyqi. He sends out an invitation to the Macedonian Police Union and the Police Union of Macedonia to join the protests in the coming period.

“This violation of the law, this way of calculation that is currently in the Ministry of Interior is a way in which today, going out on a warning protest, we convey to the Minister of Interior, but also to the Prime Minister that we should stop this way of expressing revolt and a protest, a way that we will see further how we will harmonize it,” Delchev said.