Home Economic There will be a dialogue on salaries in the public administration, says... 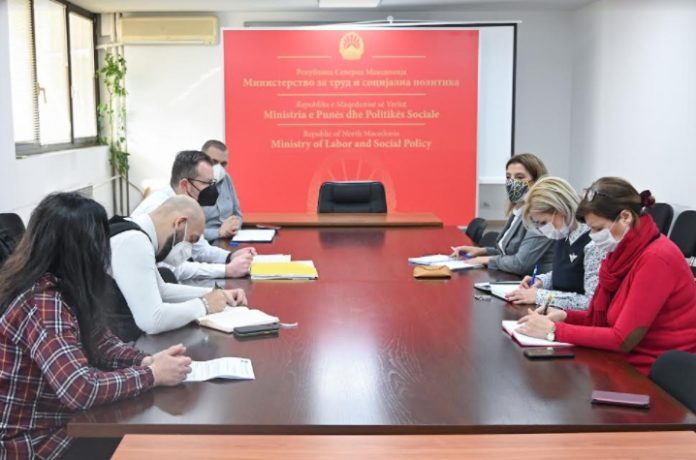 Minister of Labor and Social Policy JovankaTrenchevska met Wednesday with representatives of the Trade Union of UPOZ. The meeting discussed the increase of salaries of administrative workers, the payment of vacation pay for 2020, the beneficial experience of service providers in the centers for social work and finding a way to represent the unions in collective bargaining.

The representatives of the Trade Union of UPOZ suggest that the increase of the salaries of the administrative workers should be gradual, because the salary system in the administration is not related to the minimum wage, but is part of the Law on Administrative Workers. In that direction, they demanded changes in the Law.

Minister Trenchevska pointed out that the issue of raising salaries in the administration will be raised at a government session, because the standard of workers is a priority of the Government.

The representatives of the Trade Union of UPOZ, believe that the employees in the ministries, agencies and municipalities remained with the lowest salaries, despite the increase of salaries with the collective agreement in health, education, culture and the Ministry of Interior. They believe that there should be a gradual increase in the salaries of employees in the state administration, because the salary system in the administration is not related to the Law on Minimum Wage, because the rights and obligations are regulated by the Law on Administrative Servants. That is why they propose amendments to the Law on Administrative Servants.