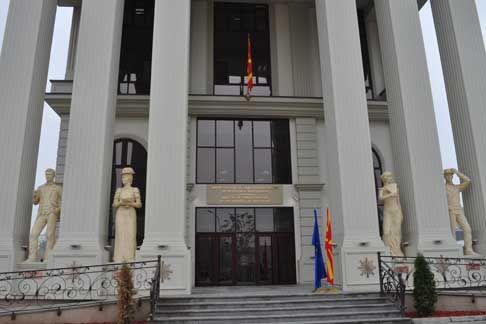 For several days now, DUI officials have been slandering the Albanian opposition, while today Bujar Osmani reached the lowest of the low, accusing the citizens of supporting Russia.

“He said that buying fuel from Russian companies is a direct aid to Russia,” the Alliance for Albanians said in a written response.

“By uttering these words, Osmani made the Freudian mistake and personally admitted that he was the main financier of Russia,” they added.

“From the official data from the cost reporting tool, the Ministry of Foreign Affairs shows that it buys fuel from a Russian company licensed in our country. Some of the stocks were made even in the last days of February. Apart from Osmani’s ministry, most of the government and state institutions were supplied by the same company,” the Alliance for Albanians said in a written statement.