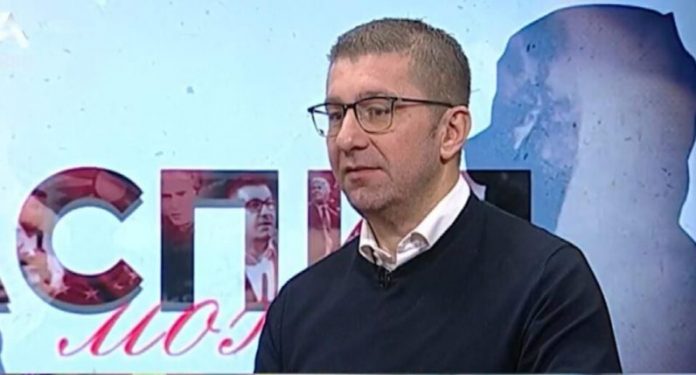 As far as I am informed, tomorrow we practically have two laws in the Parliament that should be adopted by summary procedure, and that is the change in the law on value added and the change in the law on excises. Although we proposed it sometime at the end of last month, unfortunately due to the self-righteousness and arrogance of this Government, the citizens in the past two weeks paid several tens of denars per liter of more expensive fuel, said VMRO-DPMNE leader Hristijan Mickoski in an interview with Alfa TV’s “Zaspij ako mozhesh” political show.

Mickoski added that unfortunately the Government was the way it was, and due to its inability, the citizens were forced to pay more for fuel in the past two weeks.

“We will see how things go in the next few days days, following what is on the international portals, following what is current in the world, I do not expect anything to change soon in order to calm down the situation where there is a conflict area in present and where all this is happening. And somehow I cannot separate Macedonia from all that and that the citizens of Macedonia because there was no plan for this Government to deal with all that is happening today, will suffer consequences of the family budget, of the living standard. They will suffer and that is only as a result of the wrong policies and the lack of strategy and vision of the current government,” said Mickoski.