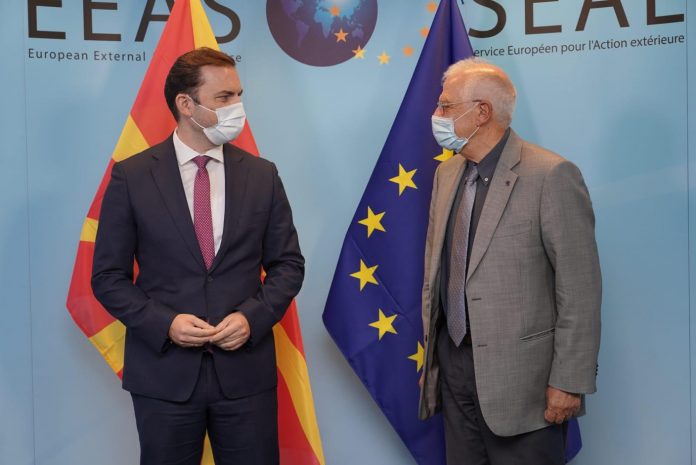 Osmani, as reported by the Macedonian Ministry of Foreign Affairs, thanked for “this timely visit, as a concrete sign of our strong partnership”, but also “coordination in dealing with the consequences of Russian aggression on Ukraine” and “a manifestation of strong support.” for the process of Macedonia’s accession to the EU and the whole region.

“I believe that these are historic times that require strong and timely decisions, but also unity in the action of the entire EU and its member states. Our stalled process of EU integration is a source of systemic vulnerability, which external actors easily and skillfully use in their activities. Therefore, there is no room for hesitation towards those countries that are willing to adhere to common European values, principles and standards. This situation is imperative for EU member states to make joint efforts, build consensus and decide on the start of accession negotiations with Northern Macedonia and Albania. The region’s membership in the EU is an essential security, political and economic added value for the Union,” Osmani said.