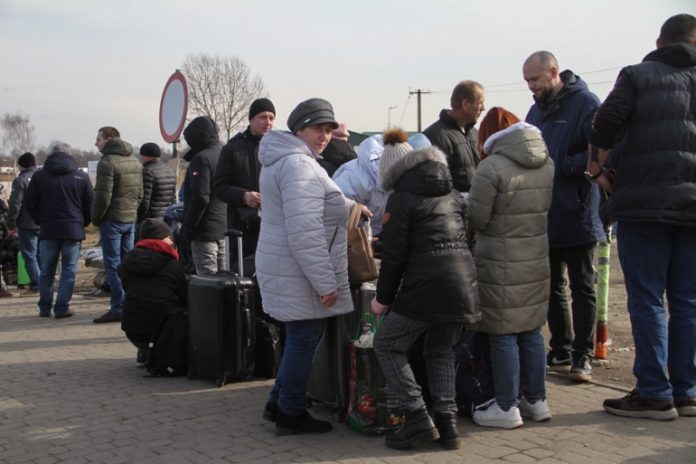 Macedonia does not expect an increased influx of refugees from Ukraine, but despite that, the Government is ready for a possible wave of refugees. Foreign Minister Bujar Osmani said yesterday that there is no greater dynamics of entry of Ukrainian citizens in the country as there was before the war and that he does not expect a large influx of Ukrainian refugees in the country, but, as he stressed, if that happens, the possibility of creating improvised care facilities.
Osmani presented to the Government on Tuesday the data received from the state institutions on the accommodation capacities of refugees who would come from Ukraine, but also the plans and responsibilities of all institutions that would be involved in the process. According to him, so far there is no increased number of Ukrainian citizens who have entered the country before, and none of those who have entered the country have applied for refugee status.

“There is an influx of Ukrainian citizens, but there is no greater dynamics than there was before the war. These are normal entries of people in a number not greater than the previous ones. If someone asked for refugee status, we do not have such a case, but we must be prepared for that,” Osmani said at a regular weekly press briefing.

The foreign minister pointed out that we will not reject any Ukrainian refugee who arrives at the border, but on the contrary, will be accepted with all aspects of humanitarian care for refugees. Osmani stressed that the experiences from EU countries can be taken into account, where, as he said, many citizens apply to take care of refugees in their homes.