Home Macedonia Crime metastasizes in the country with the Ministry of Interior led by... 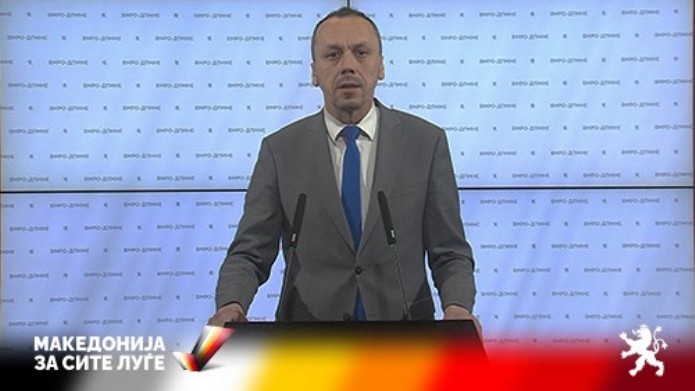 Crime literally metastasized in these 60 days of Oliver Spasovski’s new term as Minister of Interior, just as crime reigned in the previous four years of his term, said VMRO-DPMNE’s Brane Petrusevski at a press briefing on Sunday.

Petrushevski stated that in two months in the country there were over 3,500 criminal events and aggravated thefts, that thieves brazenly enter armed banks and banks, and employees and parties lay on the ground while they carry out the money.

“If we thought we saw Spasovski’s incompetence, from the fact that 215 passports were distributed to world criminals to the capture of a police chief with drugs by the American DEA, now in these 60 days we see that Spasovski can do worse,” said MP Petrushevski.

He pointed out that from January up to mid-March, more than 50 robberies were registered on the territory of the capital Skopje alone.