Home Macedonia UPOZ: If there is no compliance over the minimum wage, we will... 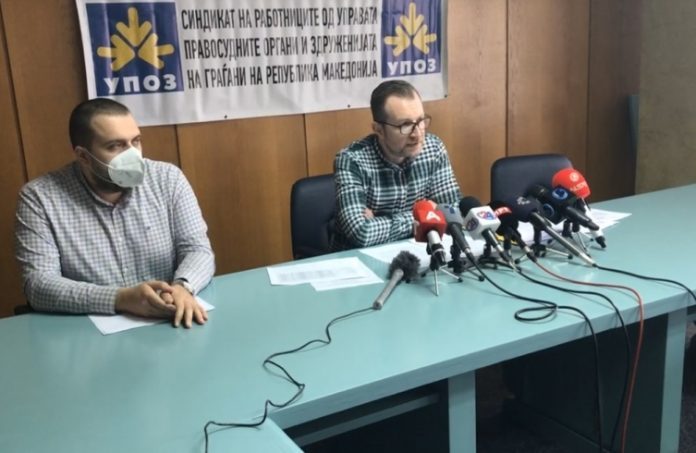 Instead of holding regular meetings with the unions during this period and finding solutions for the payment of the minimum wage and gradual harmonization with other wages, the Government without any explanation interrupted the social dialogue, say the Trade Union of management workers, judicial bodies and associations of citizens (UPOZ) at Tuesday’s press conference.

According to the union, the Government has increased the dissatisfaction and revolt among the employees with this procedure.

“Due to the interruption of the social dialogue and the lack of information of the union, due to this situation and the growing demands from the trade unions for protests, I publicly call on all members of the Union of UPOZ and all employees in the administration and judiciary when the union calls to express dissatisfaction through work stoppage to hold a protest, whether there be several legal changes in the Government in two days, if they pass we have ready amendments and we will try to use all the opportunities to put them to a vote if that does not happen, if there is no harmonization with the minimum wage, all trade unions will agree about the time and manner of holding a protest, said the UPOZ President Trpe Deanoski.