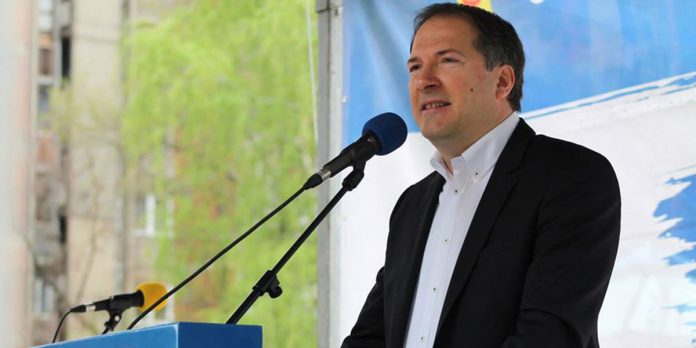 The Macedonian Ministry of Foreign Affairs proposes Rexhep Demiri, the current Consul General in Munich, as the new Macedonian Ambassador to Switzerland, Bern. The proposal belongs to DUI. At the suggestion of SDSM, Andrej Zhernovski is the choice new Macedonian ambassador to Belgrade, Republic of Serbia, diplomatic sources told MKD.mk.

Two years ago, in May 2020, the Macedonian Ministry of Foreign Affairs announced that Consul General in Munich Rexhep Demiri was summoned for consultations as soon as travel conditions are created, which are currently hampered by the pandemic, following the reactions of his post on Facebook. The Ministry of Foreign Affairs then announced that this Facebook post violates the Law on Foreign Affairs and the Code of Ethics for Diplomats, so the consultations will be aimed at examining the circumstances for determining possible responsibility based on disciplinary proceedings.

Andrej Zhernovski, MP, member and leader of the LDP, and former mayor of the Municipality of Centar, then a member of SDSM since 2017 and immediately became a member of the Central Board of the party which caused negative reactions among some members of SDSM. During the real reshuffle of the Government of Zoran Zaev, Zhernovski became Deputy Minister of Foreign Affairs. Today, he is the candidate of the Social Democrats for the post of ambassador to Serbia. Zhernovski is a civil engineer, and this will be his first diplomatic post.