Home Macedonia Mickoski: The census is incomplete, after the change of government we will... 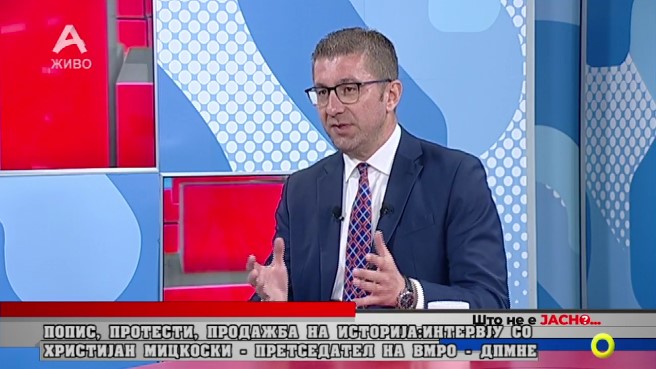 VMRO-DPMNE leader HristijanMickoskiin an interview with Alfa TV referred to the results of the Census that were presented to the Macedonian public on Wednesday.

Mickoski called this census incomplete and emphasized that immediately after the change of government, a new statistical and real operation will be made.

“We as a party had a lot of remarks about this statistical operation from the very beginning, but the conclusion that we can say despite the fact that it is incomplete, is that the majority, the vast majority of more than 90% of those who did not vote are part of the Macedonian people according to the municipalities where they are located and we listed them today at the press conference but at the same time we said that immediately after the change of government we will have a real statistical operation, electronic census that will clearly know the resident population in Macedonia”, said Mickoski.