Home Macedonia Miloshoski: We ask Kovachevski to submit the draft documents to the Foreign... 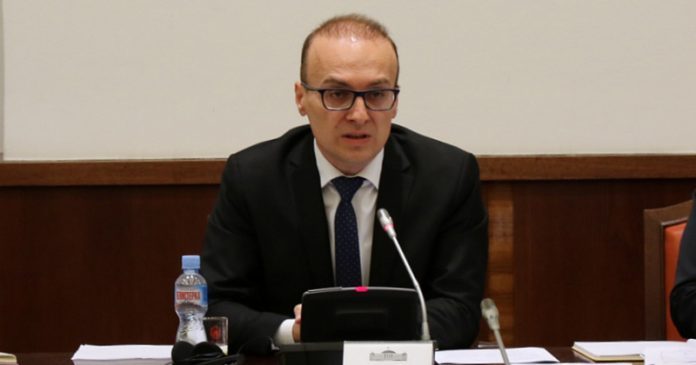 I would like to use today’s press conference to inform you about an address by MPs to Prime Minister Dimitar Kovachevski. Today we sent a request to Prime Minister Kovachevski to appear before the Foreign Policy Committee in April and submit the draft documents agreed by the Government of Macedonia with official Sofia, so that we can in a joint and inclusive process consider these issues that are important in the Macedonian-Bulgarian relations, and are also important for the European integration, VMRO-DPMNE MP Antonio Miloshoski said at Thursday’s press conference.

The opposition MP pointed out that they requested this from Prime Minister Kovachevski because they themselves mentioned in Article 1 of the Government Code that the holders of executive positions will regularly report to the Parliament, but also that they also request it based on Article 68 of the Constitution where the Parliament has a constitutional competence to exercise political control over the executive

“After all, Macedonian-Bulgarian relations and the most important documents in these bilateral relations, such as the good neighborly agreement, we already have an established practice from 2017 when the then Prime Minister with senior officials from the Ministry of Foreign Affairs requested a meeting of the Foreign Policy Committee and the same to be closed and at the request of MPs, it happened where the draft good neighborly agreement signed in 2017 between Macedonia and Bulgaria was reviewed. We expect a positive response from Prime Minister Kovachevski, if he really stands for the principles of inclusiveness, accountability and joint work of all institutions, including MPs as MPs, for the good of the state to discuss at a meeting the latest draft documents that Macedonia is already negotiating with official Sofia,” Miloshoski said.