Home World Von der Leyen in Sofia: It is high time for Macedonia to... 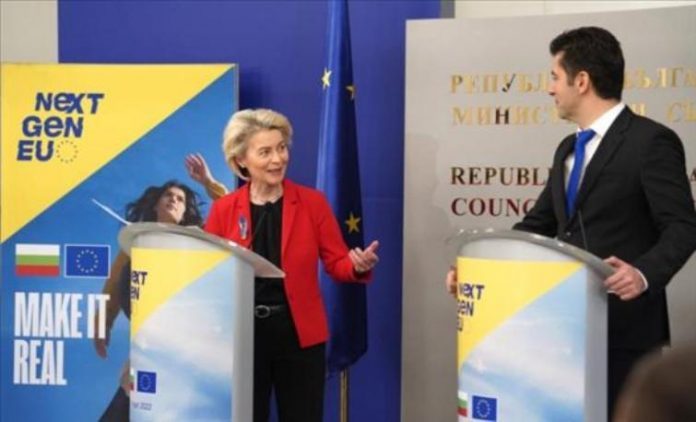 President of the European Commission Ursula von der Leyen, while welcoming Bulgaria for its support in terms of good neighborly relations, said that it was time for Macedonia and Albania to start accession talks with the EU, and that the EU must “keep its promise during these trying times”.

“I would like to remind you that in 2020 the European Council made a very important decision that now is the time and we are starting the accession negotiations for Albania and North Macedonia. It is important to implement it together. The issue of protection of minorities is a core value of the European Union.

That is why it is important to keep our promise in these trying times. This time is very special, very difficult, very turbulent and will determine the future of Europe. Nothing will be the same as before the war. It will be different after the war,” der Leyen told a news conference with Bulgarian Prime Minister Kiril Petkov.