Home Macedonia Kovachevski-Escobar: We stand side by side with the United States as a... 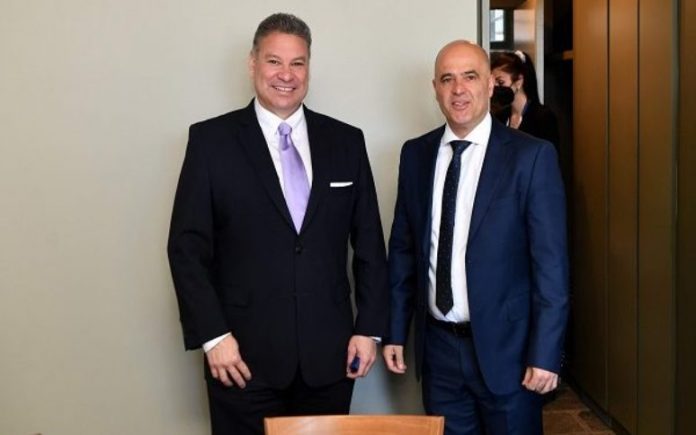 Prime Minister of the Republic of North Macedonia Dimitar Kovachevski met with the Deputy Assistant Secretary of State for European and Eurasian Affairs and Special Representative for the Western Balkans Gabriel Escobar during the Delphi Economic Forum in Greece.

At the meeting, Kovachevski and Escobar discussed the current situation in the world, the crisis caused by Russia’s military aggression on Ukraine, as well as the handling and effective response to the government’s measures for the energy crisis.

Escobar stressed the need to accelerate the process of North Macedonia’s accession to the EU with the start of accession negotiations and stressed the support of the United States for urgently finding mutually acceptable solutions to bilateral issues with the Republic of Bulgaria.