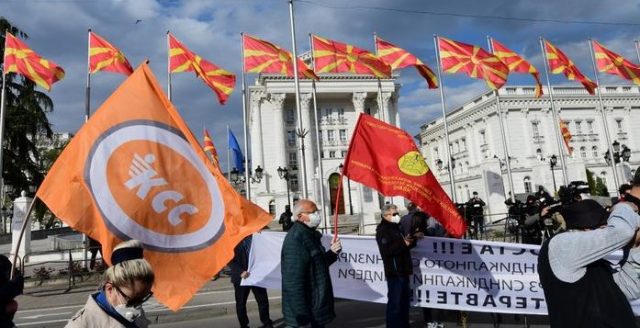 KSS resolutely stands behind the demands of SONK and with all its resources and logistics supports the general strike of SONK.

KSS stands firm and supports the employees in the field of education and the activity of preschool care and upbringing of children and their demands for dignity, justice and respect for labor and to start paying salaries in accordance with the law and collective agreements.

“Without the deserved salary, without respecting the already acquired rights of workers in these industries, but also with impoverished and undervalued workers, we will not have any progress in the education of our children, because we will face a serious deficit in these professions, that is, there will be no one to take care of and educate our children. That is why we call on the parents to show strong solidarity with the second parents of their children and to resolutely support the educational workers to fight for the status they deserve,” said the unions.