Home Macedonia SONK is not backing down – there will be a general strike... 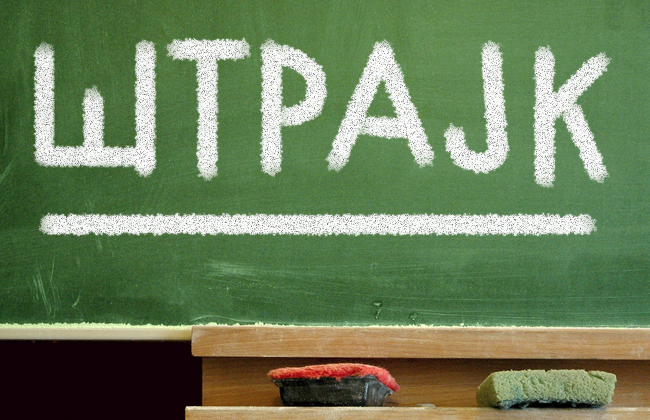 The strike of the members of the Trade Union for Education, Science and Culture (SONK) will take place tomorrow with the teachers staying in common rooms agreed with the principals of schools and kindergartens and will not perform educational activities and care. The strike will last until an appropriate solution is found, informed SONK president Jakim Nedelkov on Sunday.

According to Nedelkov, SONK will not close schools and kindergartens, but no one has the right to force employees to take in children during a strike. The principals have the responsibility to organize the acceptance of the children who will eventually come to the schools or will be brought to the kindergartens.

Nedelkov also announced that starting Monday the activities that were scheduled in the meantime will be postponed, which means that in addition to classes there will be no teachers’ councils, parents’ meetings, professional exams and student competitions, i.e. everything related to care, education and upbringing of children will be postponed until further notice.

The SONK head also said that there is pressure especially on the employees in the kindergartens, who are forced to some to work and work as if there is no strike, and said that any attempt to postpone the strike is against the law. SONK’s legal representative called on the directors not to try to prevent a strike because they would receive criminal charges, for a crime punishable by a fine or up to one year in prison.