Home Macedonia 46% of Macedonian population has been vaccinated, 75% of the citizens have... 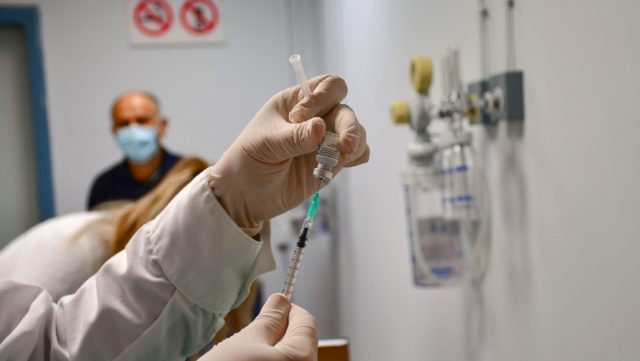 46% of the population is officially vaccinated, but 75% of us are naturally immunized, which means we can be considered an immunized nation, said Minister of Health Bekim Sali during an interview on TV 21’s “Klik Plus” show.

Sali noted that the recent campaign with the mobile teams was positive but unsatisfactory.

“The last activity for the vaccines was our mobile teams that moved to 14 locations. Until that moment, we had 1,500 to 2,000 newly vaccinated per week, i.e. with that campaign we reached 3,500 per week. I think that the campaign did its job, there was a positive response from the citizens, unsatisfactory, but positive. Unfortunately, we as a country are supplied based on our projections for that number of 70 percent vaccinated which was our goal for the protection of our citizens. 46% of the population is officially vaccinated. The serological analysis that we did turned out that our citizens are 75% immunized naturally by crossing, which gives us comfort that we can be considered an immunized nation,” said Sali.