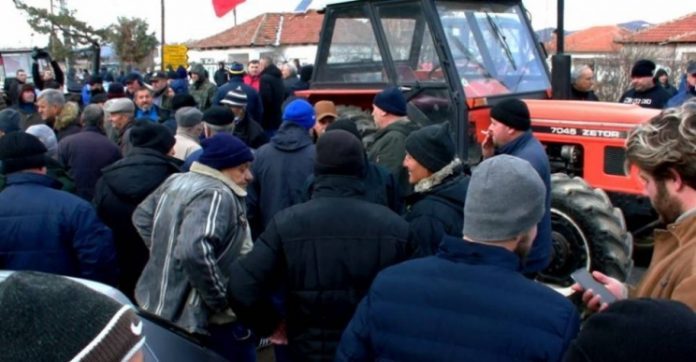 Nine rice producers from Kochani gave their statements Wednesday in the Kochani Basic Court. They were called after the report from the Ministry of Interior for the protests organized last year on September 23. According to the report, as organizers of the protest, they did not prevent a complete blockade of the road Shtip-Kochani near Obleshevo, although the protest was duly reported but only for one lane, reports Radio Kochani.
Rice farmers from the Kochani region who protested in September with these statements defended themselves in court. They believe that they have no guilt for blocking the regional road Shtip-Kochani for half an hour in the village Obleshevo.
The problems of the Kochani rice famers with the purchase price of the rice harp and the white rice remain. They think that what they produce is low cost. Recently, the sowing of rice has started in the Kochani field, which is about 4,000 hectares.