Home Macedonia If there are good intentions for Macedonia, Bulgaria instead of a club... 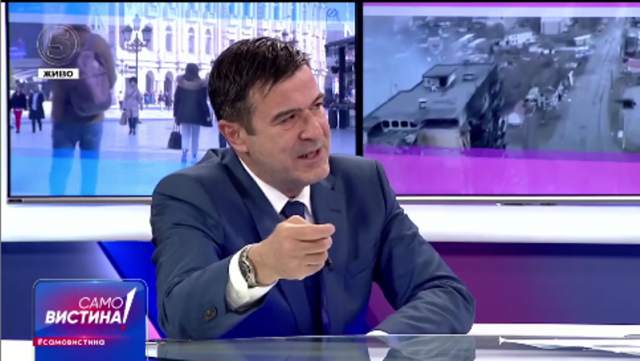 The President of the Patriotic Institute of VMRO-DPMNE Aleksandar Pandov, on the “Click Plus”show on TV21 discussed the dispute with Bulgaria. Pandov pointed out that the politicians from our neighboring country, by falsifying their own history, are falsifying our history.

“Bulgarian politicians, lying about their own history, they are falsifying, so to speak, our Macedonian history. Those who are stealing our Macedonian history, there is no character in Macedonia who has been seen in the last century or two who did not make him a Bulgarian. That policy led by Bulgaria only produces a bigger gap,” Pandov said, adding that if the Bulgarian leadership had any good intentions, it would not have opened a club called “VanchoMihajlov”, but an investment in Macedonia,” Pandov said.