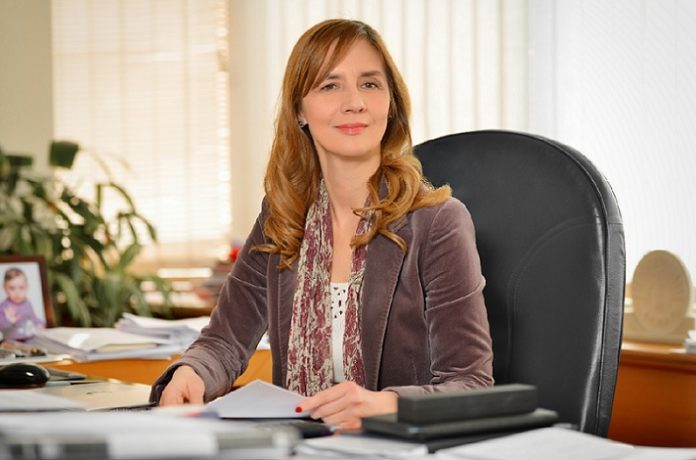 There should be no concern regarding the stability of the denar exchange rate. The central bank has been successfully maintaining the stability of the domestic currency against the euro for more than two decades, including in many crisis episodes that the country and the economy have gone through. This is a clear confirmation of the capacity and adequate instrumentation that our central bank has, said the Governor of the National Bank Anita Angelovska-Bezhoska in an interview with VOA. The Governor participates in the Spring Meetings of the International Monetary Fund (IMF) and the World Bank in Washington D.C.
During the Spring Meetings, the IMF released its latest projections, which take into account the effects of the Ukraine war on the global economy. In this context, the IMF made a downward correction for the expectations for the economic result this year in all countries, including North Macedonia’s economy.
“Global economic growth after a solid growth rate of 6.1 percent last year, this and next is projected at 3.6 percent, which is a significant slowdown. Regarding the figures for our economy, a downward revision is also made from 4.2 percent to 3.2 percent for this year, and for the next 2.7 percent. These figures are similar to the Western Balkans region. Macroeconomic projections are being prepared by the National Bank. We with the last set of macroeconomic projections, dating from October last year, we expected growth of 3.9 percent for this year, but given the new shock and the risks associated with it, we are currently working on new projections, and there is a high probability that there is a downward audit”, NB Governor Angelovska-Bezhoska points out.