Home Macedonia KSOM and the Trade Union of the Registry Office announce a strike,... 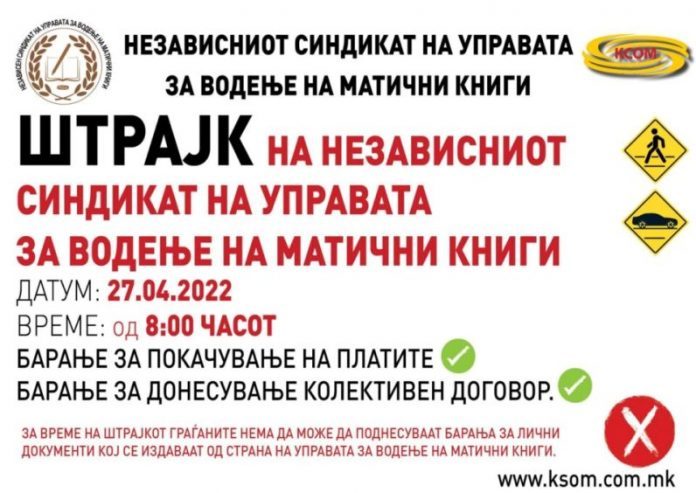 The Confederation of Trade Unions with the Independent Trade Union of the Registry Office announces that a strike will start Wednesday.
The details of the strike and the consequences will be announced by KSOM Tuesday at noon.
“The public must know that the students who did not attend classes for 2 weeks due to the strike of the teachers, now with the strike of the Independent Trade Union of the Registry Office, the parents will not be able to enroll their children for next year due to the non-opening of the registry offices, said the KSOM.
KSOM points out that in case of a longer duration of the strike, the huge number of citizens of the country from the diaspora who usually come during the summer holidays to renew their personal documents, and previously obtained numerous documents from the registry office, this year may not be able to renew them due to the upcoming strike.