Home Macedonia Mickoski demands a leaders’ meeting with Kovachevski to set a date for... 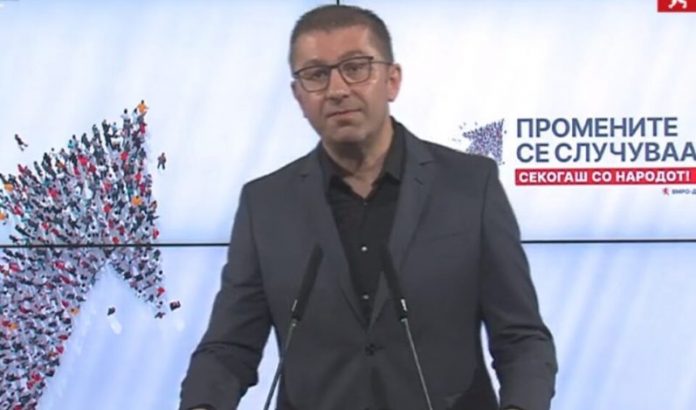 VMRO-DPMNE leader Hristijan Mickoski challenged Prime Minister DimitarKovachevski and publicly invited him to a meeting at which they will agree on a date for snap parliamentary elections, which, according to Mickoski, are the only way out of the crisis. He gave the Prime Minister until May 10 to decide whether to accept his invitation to the meeting, at which he announced that he planned to propose four teams from VMRO-DPMNE, which pro-bono until the day of the elections, would worked with government teams in the fields of economics, foreign policy, healthcare, and education.

“If Kovachevski rejects this message, for a meeting to find a way out of the national catastrophe in which Macedonia lives, VMRO-DPMNE will convene and then follow serious and never practiced steps. If the meeting is rejected, it will show that the state has an absence of any leadership, and the people will have to come to their own. Because all this, as it had a beginning, has an end,” said the opposition leader.