Home Economic Slaveski: Inflation is not imported, the Government fails to deal with the... 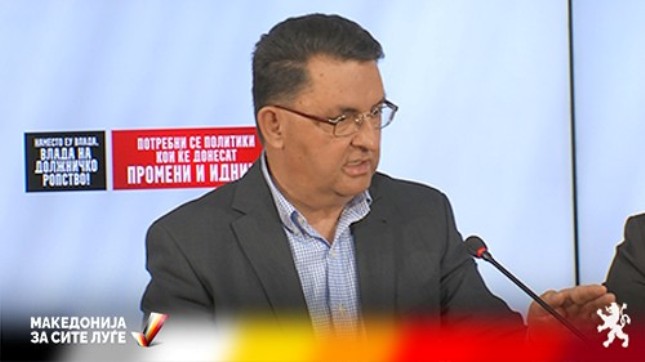 It should not be claimed by the government that this is the most difficult and deepest crisis that the Republic of Macedonia has faced in the last 30 years, each crisis has its own specifics, says prof. Dr. TrajkoSlaveski, member of the VMRO-DPMNE EC at the forum entitled “Instead of the EU government, a government of debt slavery – We need policies that will bring change and future.”

Slaveski stressed that instead of the SDSM government continuing the reforms of the VMRO-DPMNE government, they did nothing to improve the economy.

“They criticized the measure of VMRO-DPMNE for subsidies in agriculture, which could certainly have been better for increasing domestic production. But why in a period of four years they did not do anything to grow, to increase domestic food production, to be better prepared now that there is a crisis with food prices on world markets,” said Slaveski.

Slaveski added that inflation is not a phenomenon that arises from only one factor as claimed by the SDSM government.