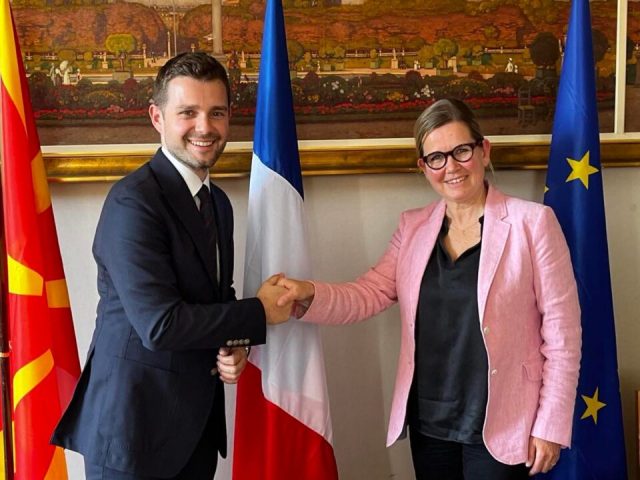 At the invitation of the French Ministry of Foreign Affairs and European Affairs, VMRO-DPMNE Vice President TimchoMucunski paid a several-day visit to France and met with important figures of national and local interest.

One of the first meetings was with the senator from the conservative sister party Les Republicains, Marta de Sidrac, and the MP from the party of the French President Emmanuel Macron – En Marche, Liliane Tanguy. Both interlocutors concluded that Macedonia deserves an immediate start of negotiations with the European Union based on European criteria.

Issues of regional and global interest were raised in the French Ministry of Defense along with Renaud Dorlhiac, who is responsible for bilateral relations with Europe and North America. Macedonia and France are partners in NATO, and therefore military-security cooperation must be deepened.

France holds the rotating presidency of the European Union, and N. Macedonia hopes to secure its support on the path to European integration.