Home Macedonia Sterjovski: It’s time for a Macedonian to come to the helm of... 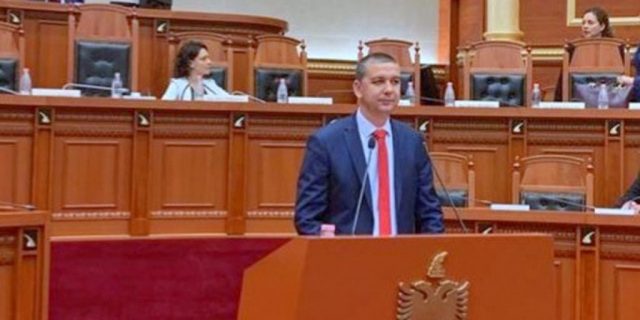 The leader of the only Macedonian party in Albania, the Macedonian Alliance for European Integration (MAEI)VasilSterjovskiin an interview with the Albanian national television MCN, discussing the proposal of the Macedonian party to be a candidate for future head of state, compared it with the election of DritanAbazovic for Prime Minister of Montenegro.

“Why not – we recently had the case of the election of the Prime Minister of Montenegro, a Montenegrin citizen of Albanian origin who is fighting for his country, for democracy in Montenegro. Why not vote for such a candidate from the members of the Albanian Parliament, prof. Dr. KimetFetahu”, said Sterjovski.

He adds that he was proposed by the IAEA and believes that it is time for an Albanian citizen belonging to the Macedonian community to come to the helm of the Albanian state.

“First of all, this was the wish of our party. The best candidate that will represent us as a Macedonian community, but also the whole country, we assessed as the candidacy of Mr. KimetFetahu. We believe that the time has come, why not, to have an Albanian citizen at the head of the Albanian state that belongs to the Macedonian community,” Sterjovski said.