Home Macedonia Until Bulgarians face the fact that the Macedonian nation exists, we shouldn’t... 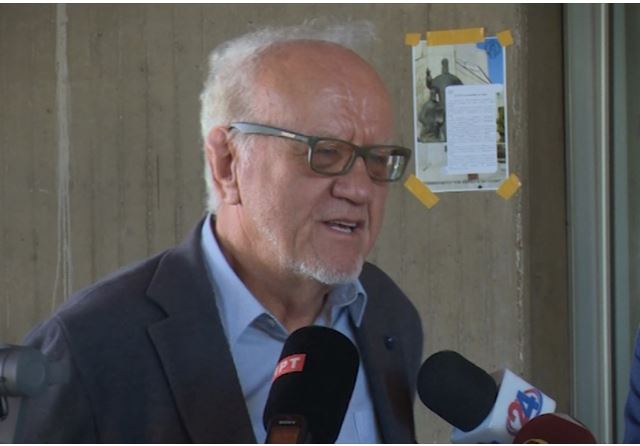 Bulgaria denies the Macedonian identity in order to wash away their conscience and the decades-long claims that the Macedonians do not exist and that Macedonia is their territory. Until the Bulgarians muster strength and come to terms with the fact that the Macedonian nation is like any other nation in Europe, we cannot celebrate actors, events or negotiate at all, said Professor Ilija Aceski at a forum called “Globalization, Identity and European integration”.

“What Bulgaria is asking of Macedonia, one cannot find anywhere in the world. The answer is short. I hope it proves to be the way out. Bulgarians must wash away what they have been claiming for us for hundreds of years. That Macedonians do not exist, that this is their territory. That we were an artificial nation created in 1944 by the communists, etc. If Bulgaria mustered strength and agreed, it agreed that there were Macedonians at the beginning of the 20th century and that the Macedonian nation was formed like any other nation in Europe and beyond. Then we can talk and honor one of the common heroes. But until then, until they come to terms with it, there should be no talk at all. Any discussion is absurd for us and unnecessary. A nation is not made by a decree of another people, just as a child is not made by a birth certificate, added Professor Ilija Aceski.