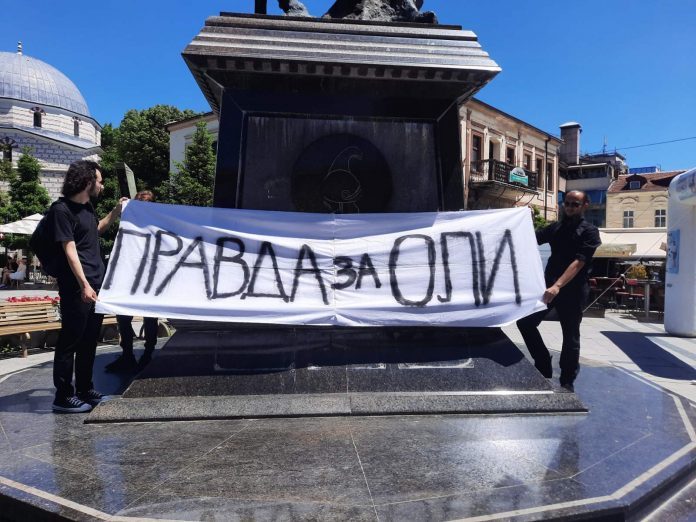 On Magnolia Square in Bitola, a protest was held today due to the sentence of 18 months in prison for the driver who killed a young man – Oliver Petrovski from Bitola, in a car accident.

The family of the deceased considers the verdict shameful. Seeks support from all, in order to express revolt and seek justice.

The protest was under the motto “Stop impunity for murderers with vehicles”.

His brother, Bojan Petrovski, says that the protest is due to the illogically low and tendentious verdict of Judge Tatjana Petrovska, who gave a shameful sentence to the defendant, despite the fact that his brother was not to blame for the accident.