Home Macedonia Nikoloski: If the SDSM government does not immediately pay the subsidies to... 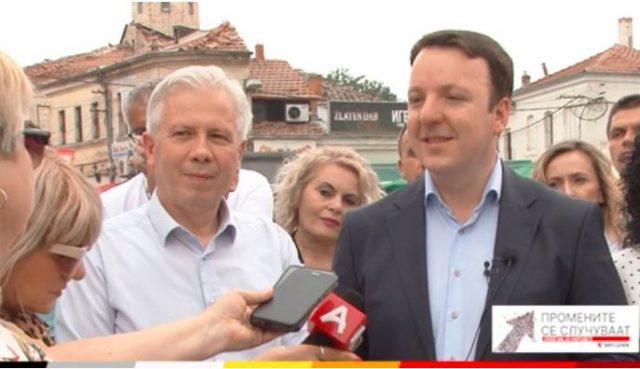 As a party, we urge the government to pay the tobacco subsidies, because the tobacco farmers deserve it, after the purchase last year, the tobacco classes were not properly valued and when the real value was not paid and additionally the basic prices were lowered, and moreover not Subsidies are being paid, I think it is a conscious blow to farmers and tobacco production as one of the key sectors in the country, said VMRO-DPMNE Vice President AleksandarNikoloski.

“The Government does not want to stop the import of tobacco and rejected our draft law which proposed to ban the import of tobacco in Macedonia until the full production of domestic tobacco is bought. They gave different explanations why there should be imports, but in fact why Macedonian farmers should see why there should be imports by not having regular purchases and by not being able to live and function decently normally,” Nikoloski added during a visit to Prilep, the largest tobacco center in the country.